A new not-so-new but aging-well publication by Unchained Geometry describes the computation of a mid-surface from a thin-wall object.
The mid-surface has application in finite-element meshing.

Triangulation of Implicitly Defined Mid-Surfaces
to be presented at the International Meshing Roundtable, Oct., 2013 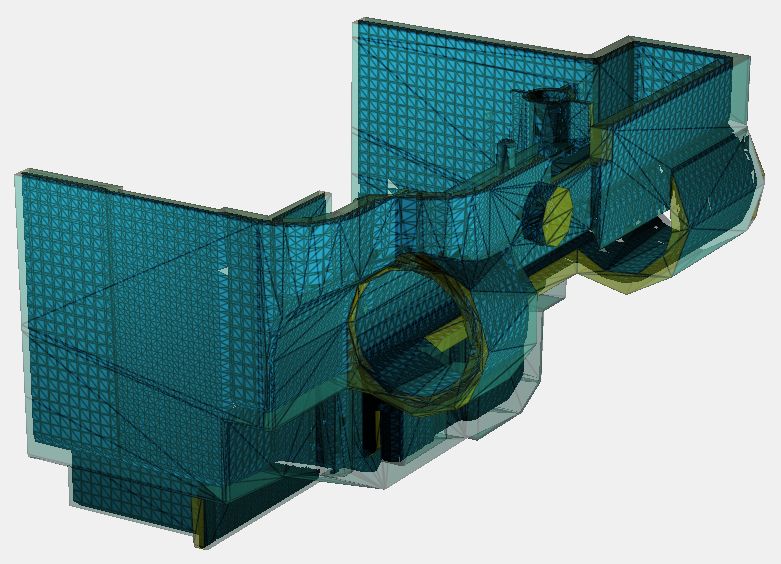 The medial axis/surface of a three-dimensional object is the object’s ‘center’ (more formally, the centers of maximally-inscribable spheres). The medial of a sphere is its center; the medial of a cylinder is its axis. For other objects, the medial is a collection of surfaces and/or arcs that meet at non-manifold points and seams. The medial and the object are intrinsically related: the object unambiguously defines the medial, and the medial (and associated radii) can reconstruct the object.

Despite these varied applications, software to compute the medial is largely unavailable, due to the difficulty in computing the complex, non-manifold geometry typical of the medial.

Unchained Geometry uses a novel method to compute the medial: it is accurate to arbitrary (user-settable) precision and robust for objects defined as polyhedra, curved surfaces, or point-clouds.1D medial arcs and 2D medial surfaces are produced, with the result explicitly representing non-manifold seams and their connections to impinging surfaces. The method allows pruning of noisy parts of the medial that result from irregularities in the input object.

The method requires only modest memory, and computation time is on the order of the medial's surface area, not the object's volume.

Applications of the Medial Axis to Animation, publications